Who are you becoming?

Guiding you towards ease and fulfilment at work, relationships and life 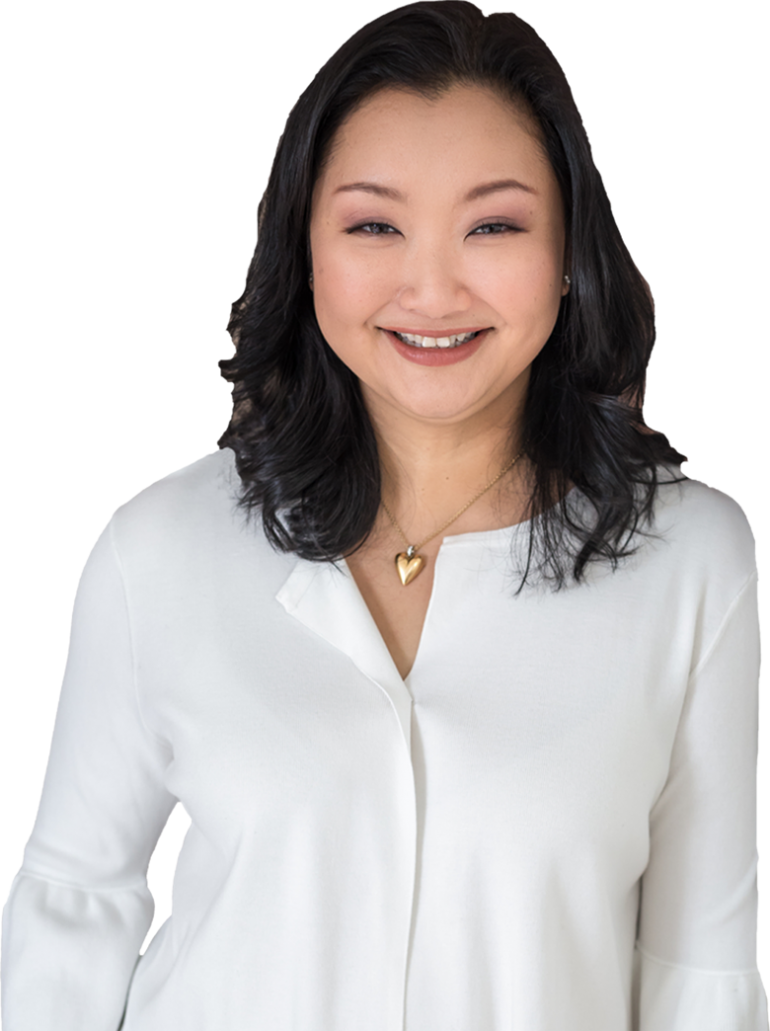 “All we have to do is to decide what to do with the time that is given us.” – J.R.R. Tolkien 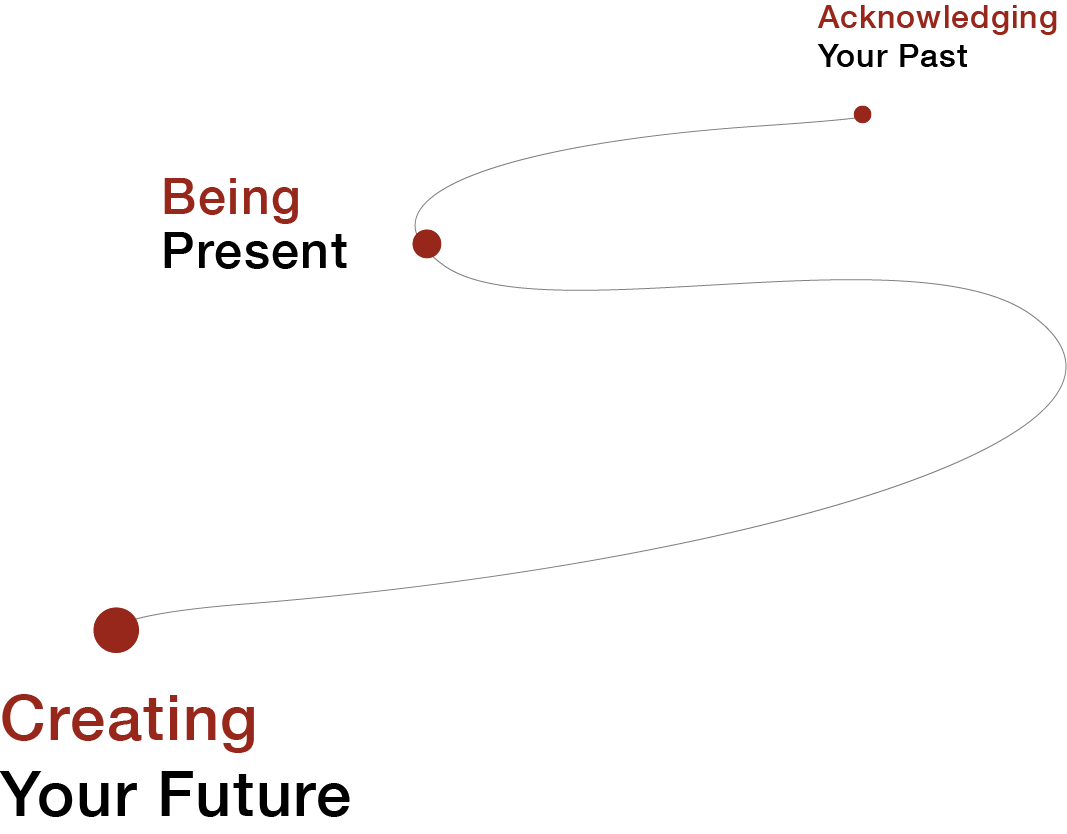 “Who you are now and how you behave

is who you are becoming.” – Selena Betton

“Through coaching with Selena, I’m relaxed yet focused, tolerant yet assertive. I found my inner strength.” – M

Happily married. Meaningful relationships with family and friends. Earning a living doing what I enjoy. Making a contribution.

Sure, I still have stress. But I don’t stay stressed. And it’s because I’m in my sweet-spot. I’ve learnt to align my Key Life Indicators of Lifestyle, Livelihood and Legacy, my KLI’s. 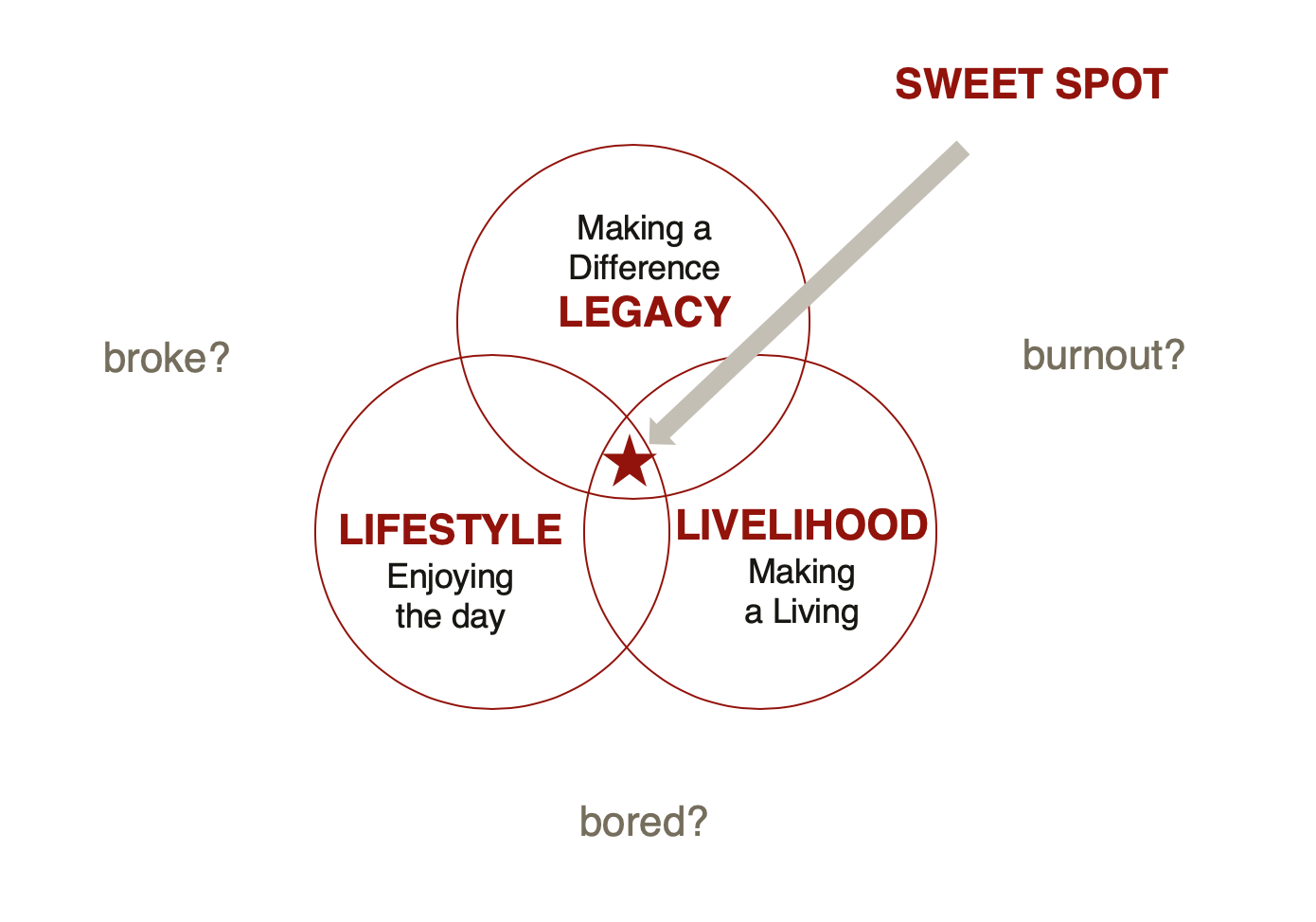 But it wasn’t always this way

Growing up in a large family I wanted to make my mark. In a way, I did. By 27, I became a manager in a “Big-Six” accounting firm. By 30, I’d lived in Singapore, Tokyo, London, Sydney, New York and Hyderabad. Not bad for a Malaysian girl with mediocre school grades.

My CV became who I was on the outside… but inside… I felt increasingly disconnected. Sure, I was living a dream – but was it mine? The ‘higher’ I climbed, the bigger the gap. If only I had the time to figure things out. As they say, “be careful what you wish for”.

So I decided to declutter my mental, emotional, physiological and spiritual resistances. Let go of what I thought I wanted. And when I did, ease found me.

Ease is releasing the brakes

Since then, my time and energy is spent fine-tuning how to live well, love more and leave things a little better… aligning my KLI’s of Lifestyle, Livelihood and Legacy. Finding the sweet-spot in life? Is the most fulfilling journey.

In 2016, I left corporate life… though didn’t know it at the time. I mentored, volunteered, ran workshops, spoke at conferences, started publishing articles and trained in leadership advisory and became an accredited coach. And as clients started coming, my next chapter of meaningful work began.

At 42, I became a leadership advisor.

The dream has ended

This is the morning

“My only mistake was waiting this long to start.” – A

What about you? Who are you becoming?

Transformation it’s a question of insight, intuition and inspiration. What are you searching for right now?

If you’re ready for change and you’re searching for easier ways … we will update outdated unconscious programming causing unnecessary pain and suffering. I can help identify and work on your blindspots.

If you want more success at work… you need different approach… you’re stuck or struggling… you want someone you can trust … I can be your sounding board and sparring partner so you have an easier time navigating the world of work.

If you’re considering a BHAG transition (big-hairy-audacious-goal)… and you know that the ‘people that got you where you are today aren’t going to get you where you want to go’… whether it’s the aim of moving from corporate life to starting a business? Changing countries? Relationship status? I can guide you on how to let go of your unconscious limiting beliefs about money, success and love.

You don’t have to start from scratch. Nor do it alone. Change is easier with experience and success is quicker together. If you’re ready to begin, I can accompany you along your journey. You can start with my blog, where I share my experiences and insights.

Or you can REACH out now for a complimentary discovery call to find out more.

From my journey to yours.

Be strong enough to stand alone

Smart enough to know when to need help

And brave enough to ask for it 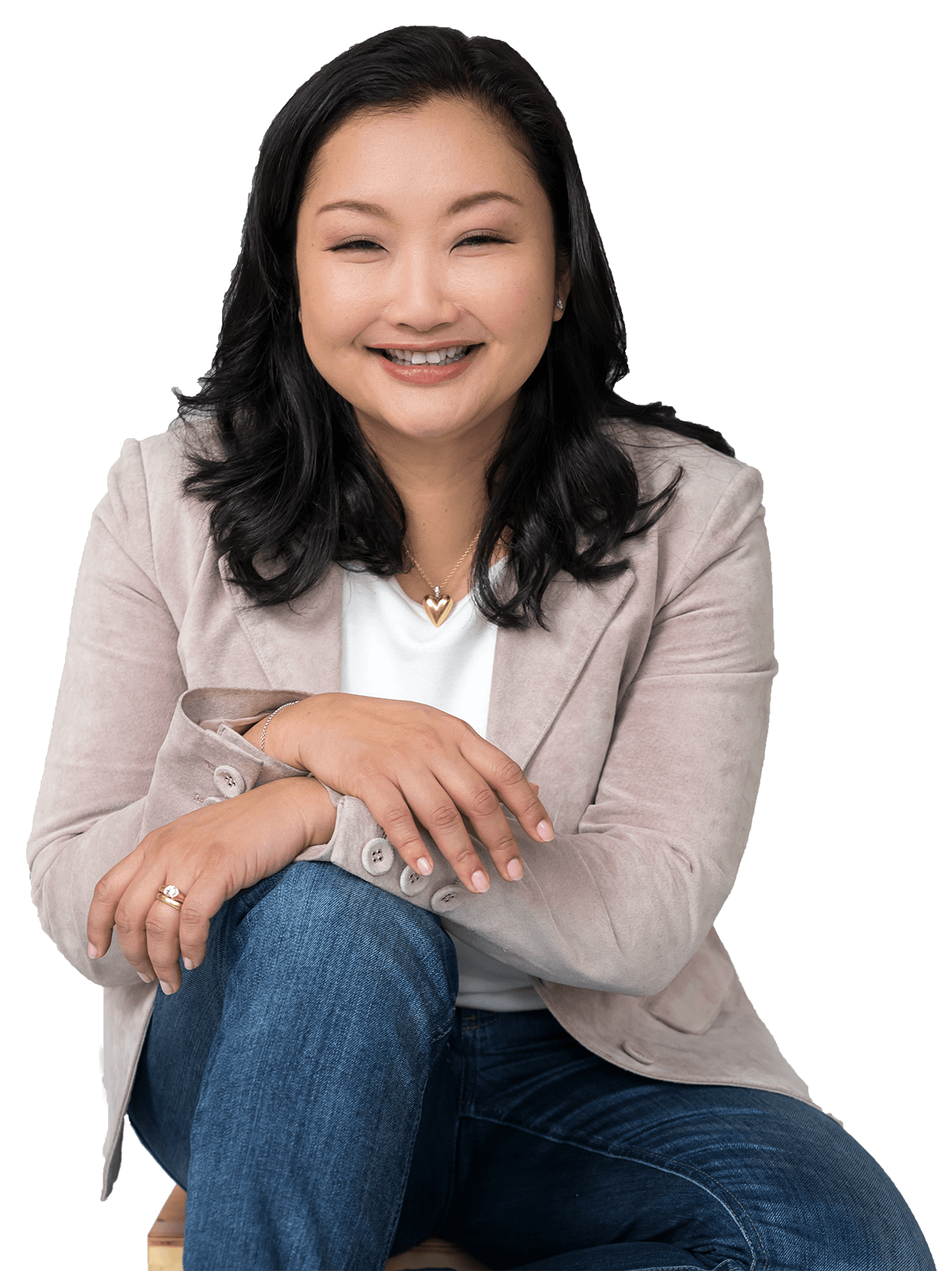 REACH out now. I can help

Reach out now for a complimentary discovery call

The methods Selena uses are extraordinary, very human-like, but still challenging and very quickly I faced new self-insights. Within a very short time frame I learnt a lot about myself and with help of Selena I feel stronger and more self-aware than ever. I recommend Selena as a coach, if one truly wants to focus on oneself, to learn different insight to your life and fully take responsibility on your own actions.

The way Selena navigates life is remarkable, and her coaching has been exceptionally valuable. During the four months we have worked together, she has proven to be a great coach. She has shared insights, techniques and methodologies that have helped me acknowledge the influence of past experiences, the power of living in the now, and the choices to shape my future  and live fully. I have experienced a few turning points and unexpected challenges in my career lately,  and being able to discuss with Selena about the way forward has made a big difference. I truly appreciate the fact that she has always been very approachable, I could contact her over the phone before and after the sessions, in those moments when I felt I needed an extra dose of encouragement or new perspectives. I truly recommend working with Selena and taking the personal assessments.

Was it me or the environment? Coaching helped me to identify the problem, clarify the roles, gave tools to cope with challenging situations and clarity for the overall picture. Thank you, Selena, for steering my career and thinking on the right track!

Partnering with Selena as my coach was one of the best decisions I’ve made. We started by identifying my unique capabilities, unpacking my self-image and mental scripts, and how this was holding me back from building greater rapport and visibility at work. She taught me to bring greater ease in my life by becoming more attuned to my mental, emotional and physical response to uncomfortable situations. As a result, I’ve developed a deeper level of self-awareness and compassion, I feel more confident in my capabilities and resilient in the face of setbacks. I would highly recommend Selena as a coach.

I had the pleasure to get to know Selena during very tough times in my career. I was pulled into a position which was more than a stretch for me. I immediately trusted her … the way of raising questions helped me looking at different aspects and allowed me to manage my challenges successfully. So I could trust myself again in similar situations. In the end I over delivered in that role and this was surely a result of working with Selena. Today I am very happy to write this recommendation as I really believe in Selena’s skills and the results of these interactions. Her vast multicultural life and working experience make it easy for her to sense difficulties someone is facing.

“… mind-blowing clarity of my potential within two sessions.” – I

I wanted to change my career path but thought it would take me years. In just two sessions, the results were mind-blowing. I uncovered strengths I had, which I was not implementing in my previous career and realised why I felt unsatisfied and unfulfilled. With an extensive report, I could clearly see where my potential lies and how to use it in future functions. It gave me the confidence to move forward in searching for my desired role. I am now passionate about my new job, in a role I deeply enjoy, surrounded with like-minded people in my team and fulfilled as never before. Selena’s approach to her coaching is just amazing.

I didn’t feel passionate about my job. I’d often ask myself what purpose do I want give my life. Selena gave me invaluable tools and walked me through the process to handle them on my own so that I can use them when every I am facing crossroads again.

With her guidance, I feel I learned to more comfortably appreciate and be proud of my uniqueness and gifts without seeking external validation. By reinventing my internal conversations, I strengthened my relationships at work and at home.

- Entrepreneur and mother of three, 40's, Re-entered the workforce

“Selena is the best coach. EVER!. I feel extremely grateful and privileged for the interactions I have had with Selena – every meeting with her has enriched my life in some way.”

“I was under pressure to balance work-life, I tried to self-discipline, but it had little effect. With Selena, it worked. She helped me identify the key issues,connected the dots and taught me how to get results. I learnt the importance of self will and courage to change. I would definitely recommend Selena to anyone, whether in a corporate environment or private practice.”

After some difficult times, I lacked self-confidence and did not know the purpose of my life any longer. Thanks to Selena’s coaching, to her wise and subtle leading me to the best of my roots and understanding of my heritage, to her appreciation and modelling of my thoughts, feelings, will, endurance, and – after all – my newly found self-confidence, I feel relaxed yet focused, tolerant yet assertive. I found the strength inside me and thanks to Selena’s help, I could bring it up to the surface again. I recommend her style for anybody looking for support for new ways through their lives. 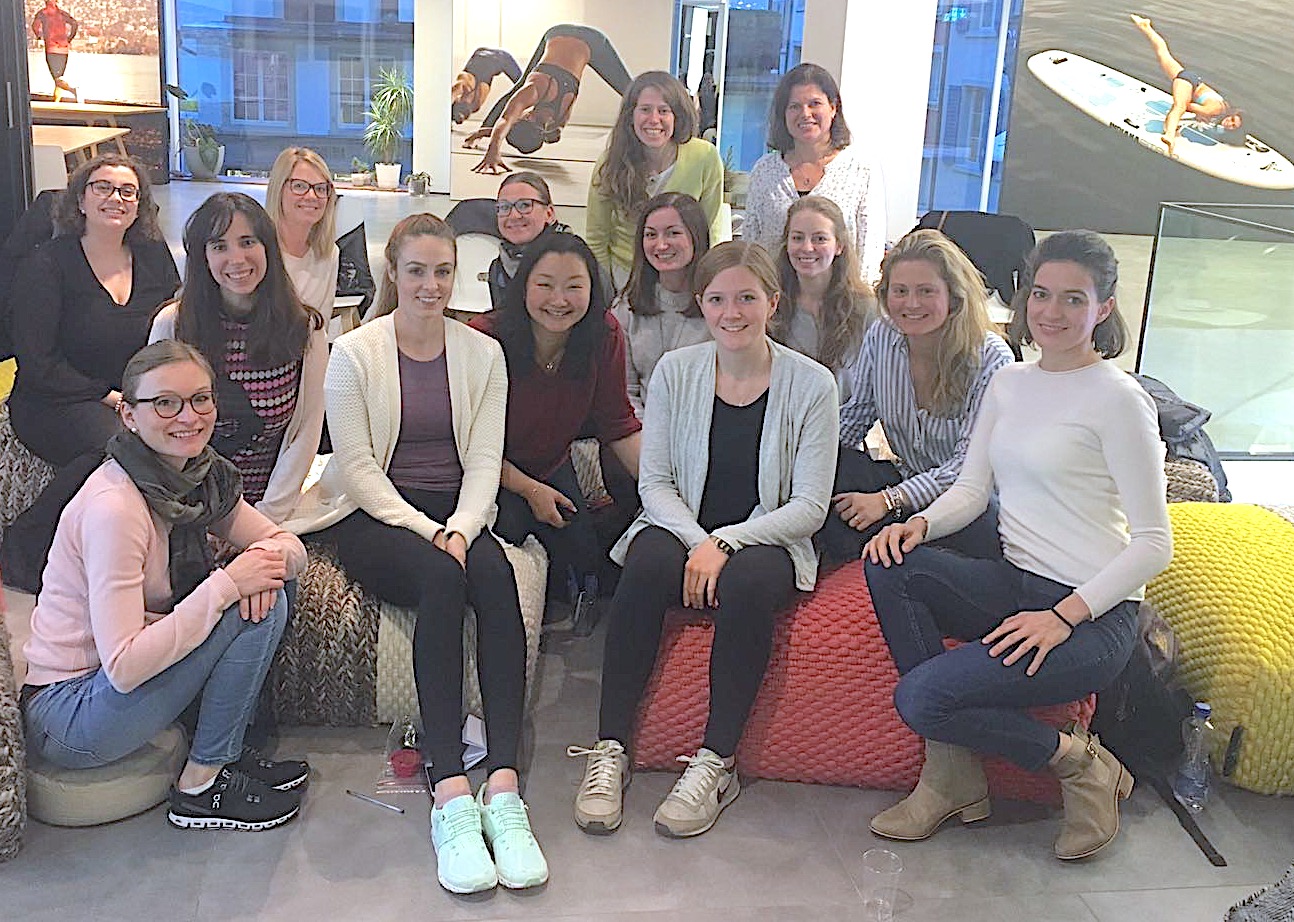 "You shake my world each time"; "Inspiring, eye-opening and truly insightful" On Resilience

"Inspiring, eye-opening and truly insightful" On Resilience in a Digital Age 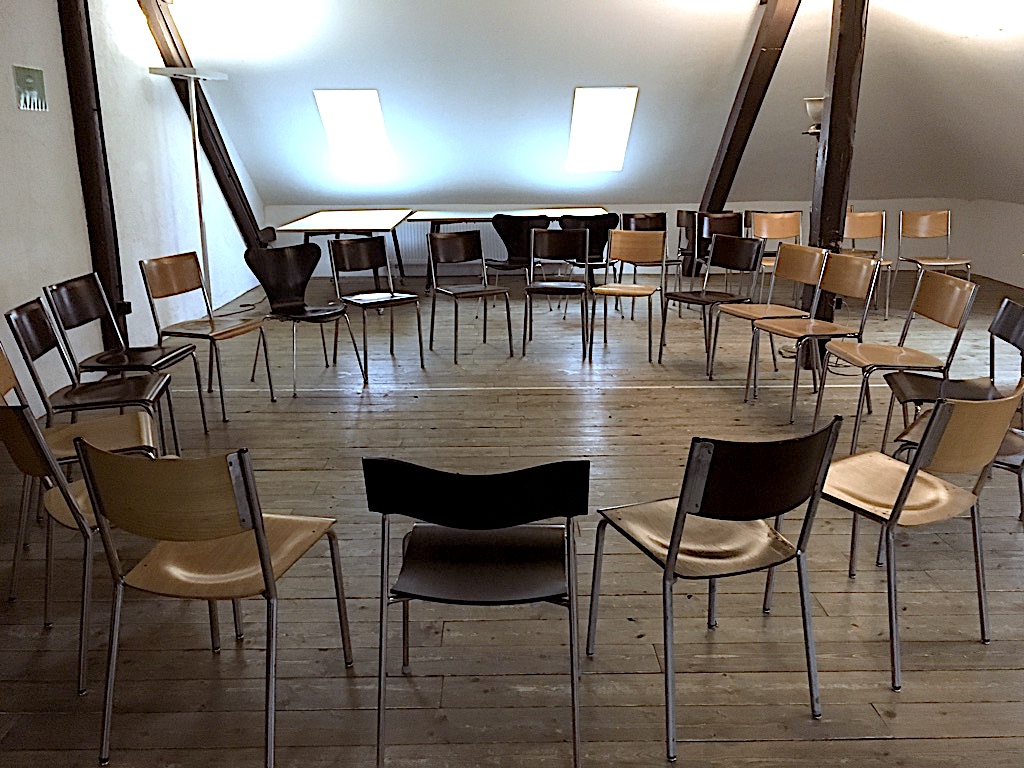 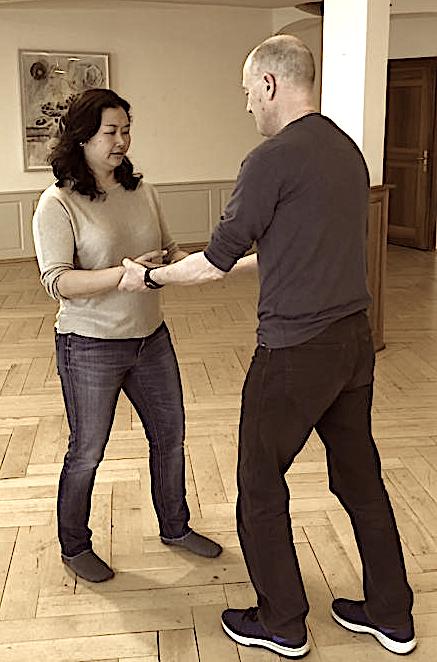 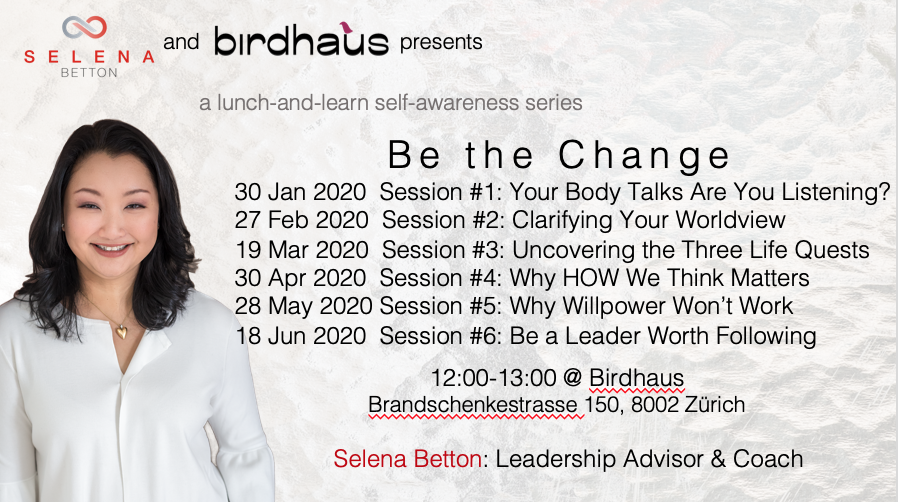 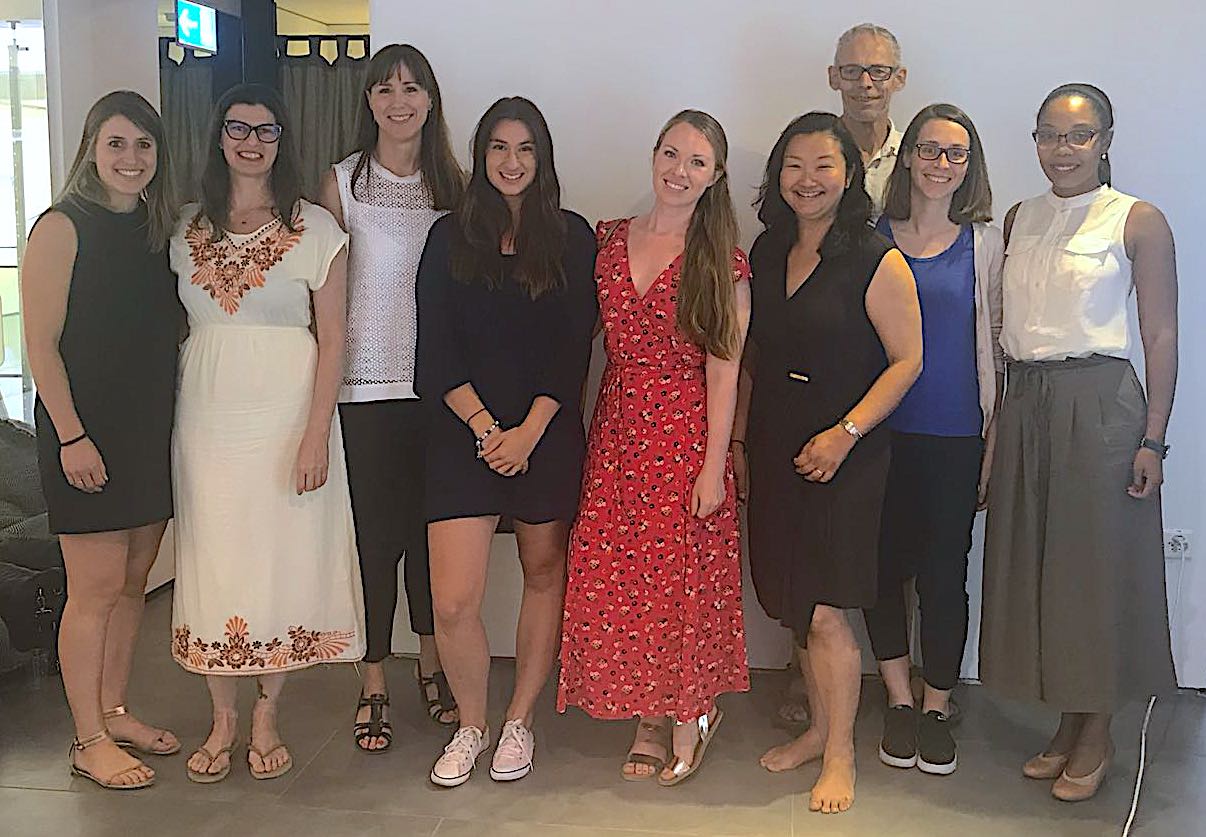 "Certainly not cookie-cutter!" on Trust

"Touching and insightful" on Creating Your Future 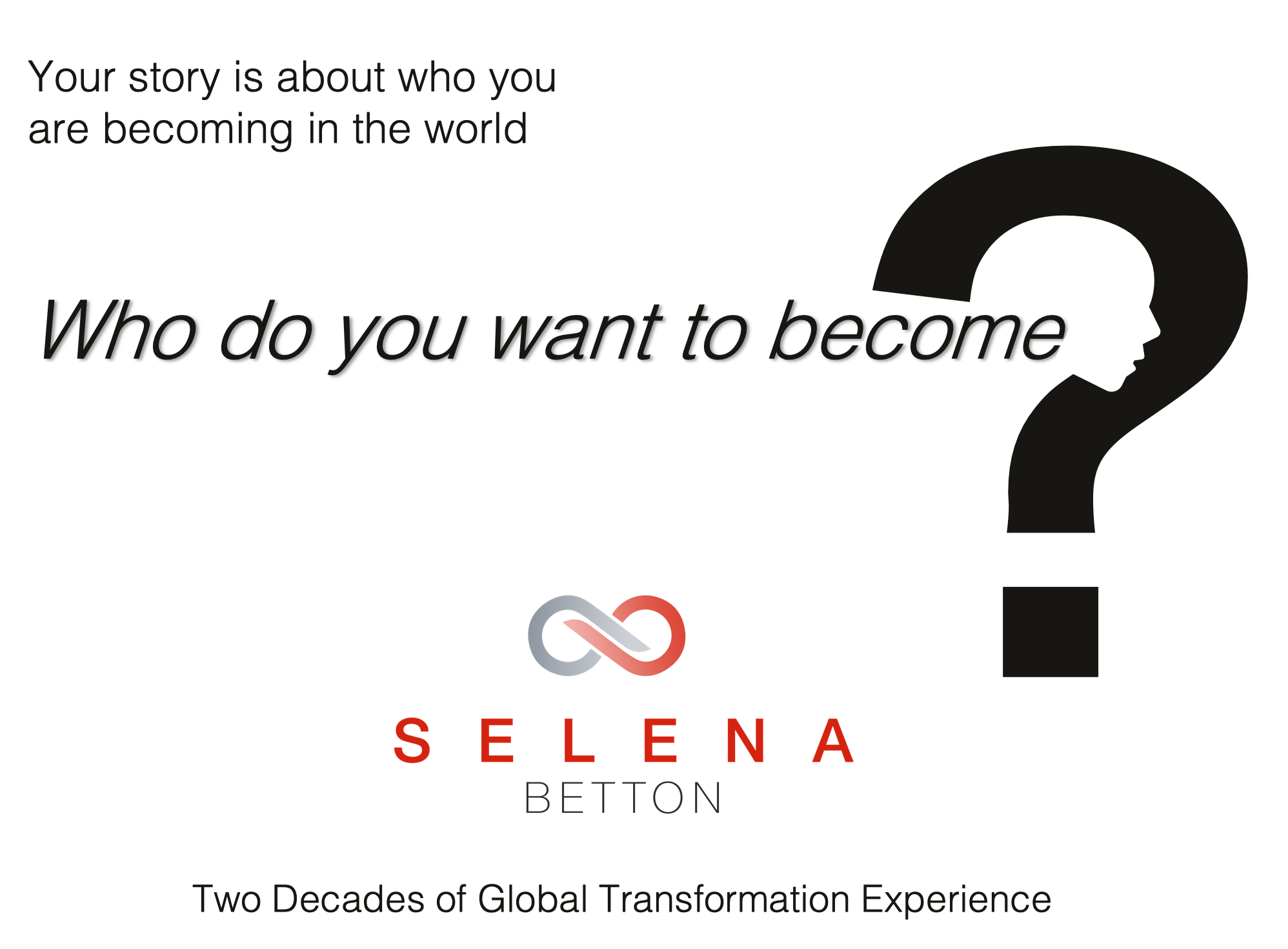 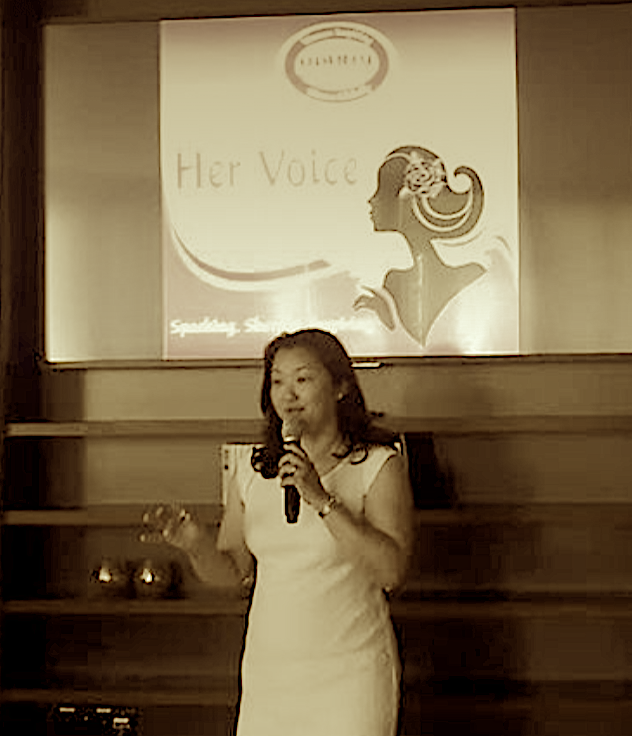 With the right approach, change doesn’t have to be such a struggle.

Since most conditions, limitations or blocks you experience are imprinted long ago and perhaps long forgotten, it’s hard to ‘see’. If you could consciously work on them, you would already have done it. That’s why willpower, affirmations or positive thinking may not work – because they can’t address the three deeper basic needs, the need for safety, belonging and love.

Some programming is outdated, needs updating or fine-tuning. Some narratives need to be unpacked.

And that’s where you need to encounter the unconscious.

In order to reach your potential, remember R.E.A.C.H.

R for Role: Uncover what you play, is pushed onto you and what you really want

E for Experience: Tune into your thoughts, feelings and sensations

A for Awareness, Acceptance, Action: From insight to action

C for Choice: Find the courage to let go and move on

H for Humility: Be at ease with the unknown

How we can work together

Discover your capacity and capabilities. A six-month programme, two sessions per month (60-90 minutes each).

Call selena for more information regarding her trainings and coaching programs.
+41 79 824 8219 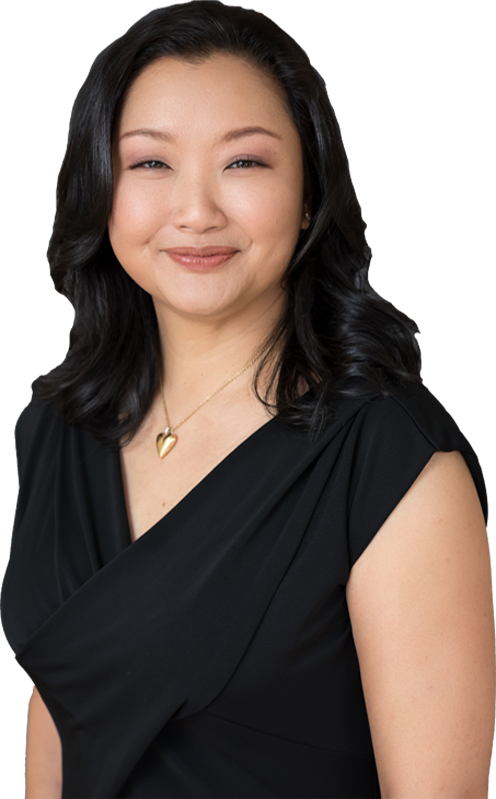