Don’t wait till it’s too late 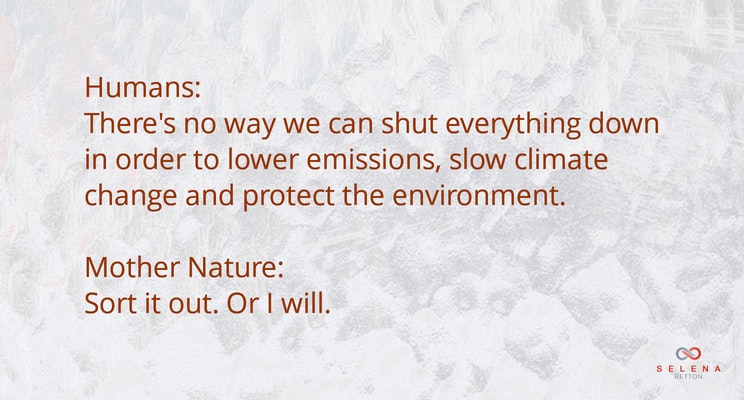 As kids, Mom would step in when my siblings and I went ‘too far’.

“It doesn’t matter who started it…

Of course, Mom would give plenty of warning. The ‘glance’, the stare, that sigh. We landed up paying the price whenever blissfully… sometimes wilfully… ignored the signs.

Perhaps the same can be said for Mother Nature.

In recent memory from SARS, MERS, Zika, Ebola … to poverty, food-waste, coral bleaching and species attritions… the signs are obvious.

And it really doesn’t matter who started it. 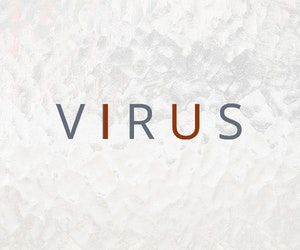 WE is tempting. It sounds wonderfully collaborative. But there’s a dark-side.

“… our thoughts and prayers are with you”

For those in the frontlines – ‘later’ is now

Your thoughts and prayers?

Needs to be transformed into appropriate, measurable, meaningful action.

As Melinda Gates writes, ‘Your actions matter.’ Each and every individual needs to pull together.

Are you willing to coordinate together… to adapt your behaviours… to be considerate with the people around you?

If so, it starts by containing anxiety.

Containing the pursuit of novelty.

Working through the fears instead of diverting from them.

Else, someday, there will be a price to pay, no matter who started the mess.

You and I – must play our individual roles – to sort it out soon. How?

From helping a neighbour…

… to having that ‘talk’ you’ve been putting-off…

… or ‘do that thing’ you’ve been holding back…

‘Small’ acts add up. If by simply staying home, lives can be saved…

… imagine what other ‘small’ acts…. be it activism, volunteering or voting… can achieve?

Else, Mother Nature will sort it out for all of us. 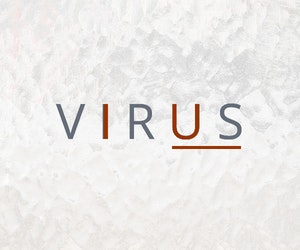 Perhaps… in some way… has Mother Nature already done so?

Covid-19… could be her vaccine… her way… of containing a virus.

So, what about you?

How are you contributing?

What is that ‘small thing’ you’re going to do from now on?

Watch my video tribute to those in the frontline

In 2004, Selena discovered she had cancer at 30. Since then, she’s been ‘sorting out her stuff’ – which has meant connecting within herself… creating well-being with Others… and contributing wholeheartedly in her work, relationships and life.

As a Leadership Advisor and Coach, she now works with individuals and institutions in transition to speed up time to success by releasing unconscious resistances (read what people say about working together).

As a CPA, an accredited Coach, as well as trained in the psychoanalytical approach to transformation and a meditation practitioner, she weaves corporate and experiential, Eastern and Western as well as ancient and modern approaches. Selena is also seasoned business executive having spent 20+ years in consulting, change management, HR and complex matrix organizations across five continents.

Originally from Malaysia, she and her French husband now call Zürich home.

Recommended Read: Bill Gates outlines what leaders can do now – which is what active followers can demand of their leaders.  https://www.gatesnotes.com/Health/What-our-leaders-can-do-now