Part 1/5: The Easiest Way to Disrupt Your Habit Patterns 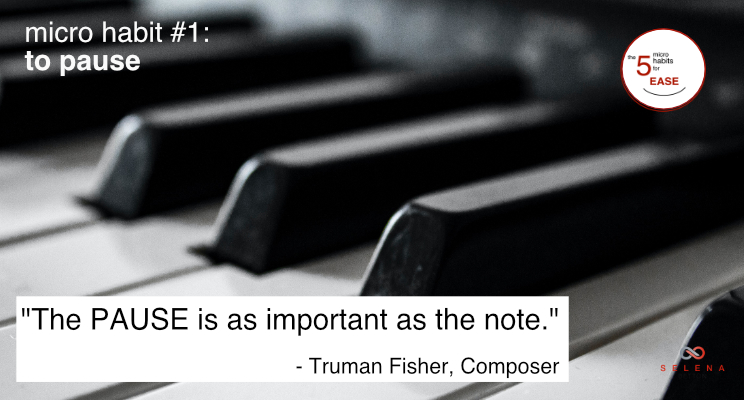 … has five beats… not four?

That’s because the first ‘note’ is silent. It’s actually….

What has this to do with disrupting your habit patterns? Perhaps everything… (well, not everything but more on that later…).

It’s only when you pause…that you stand a chance… there’s a slim possibility… of making different choices.

Instead of taking the automatic pilot super-highway… pausing… can change the dynamics in a blink of an eye. Switching from ‘A’ to where you want to ‘B’, starts with this simple circuit breaker. As Lori Deschene writes,

Suffering in silence, wallowing in guilt or shame, playing the blame game isn’t only time wasting and toxic – it’s contagious. It’s the vibe and energy we transmit – at work, at home and especially to our nearest and dearest relationships. It’s not only frustrating, exhausting… it’s surprisingly totally unnecessary.

Instead of getting stuck in a vicious circle of replaying the same old habit patterns… imagine what life will be like when you’re able to hit PAUSE in time…where in that split second you’re able to switch and you manage to ….

… catch yourself from blurting something out you didn’t mean to

Imagine what the end of your day… week… month… your life could be like when you do.

That’s why the 5 Micro Habits for Ease starts with practicing the Pause: how to pause… how to expand your options when you pause… how to navigate the pause, because as the composer Truman Fisher once said,

“the Pause is as important as the Note.”

Life is precious. Life is short.

Isn’t it time to play the notes for all it is worth? Imagine the possibilities it can create?

In the meantime, I hope the next time you hear this familiar refrain… “Da-Da-Da-DUM”… you will remember that this mesmerising melody… starts with a Pause.

p.s.: If you haven’t had a chance to PAUSE yet today, perhaps now is a good time. If so, how will you experience this important note?

Do check out my online program, the 5 micro-habits for ease directly here 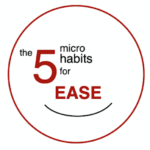 Read more about the rest of the articles below.